Matt Nelson interviewed Lisa Birnbach for Borders a few years back when True Prep was published, a book she co-authored with art director Chip Kidd.  Birnbach also edited The Official Preppy Handbook, which was first published in 1980. 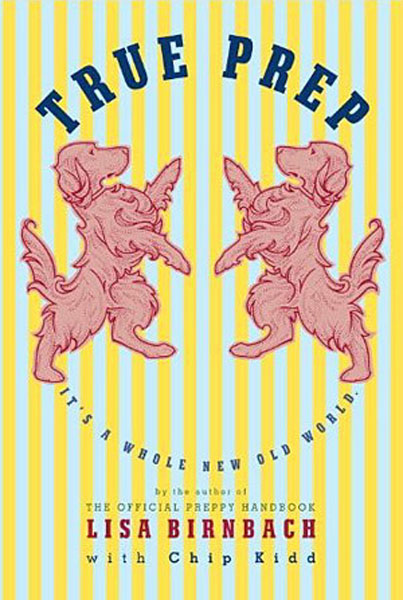 PBS aired a fascinating documentary a few years ago:  People Like Us – Social Class in America, taking on one of the most taboo topics in a democracy based on the concept that all people are created equal.  The documentary explores the subtle and not so subtle distinctions about class that some people make in our culture, which have an impact on each of us every day.

Consider the famous quip by Sargent Shriver, who was George McGovern’s 1972 Vice-Presidential running mate.  Campaigning in West Virginia, Shriver gave himself away as upper class when he walked into a tavern full of coal miners and announced, “Bartender, a round of beers for the boys and a Courvoisier for me!”  In a Movable Feast, Ernest Hemingway claimed that F. Scott Fitzgerald once told him, “The rich are different than you and me,” to which Hemingway replied, “Yes, they have more money.”

Do money and a privileged position in society determine class, or is there something more to it:  manners, education, refined taste and a concern for the common good?  What things make one class different from another?  These are difficult questions to answer.  Certain clothing designers, most notably Ralph Lauren and Tommy Hilfiger, have built marketing campaigns based on entrée into the upper class – or at least the popular imagination of it – launching the aspirational preppy movement.

America is a meritocracy.  If you have skill and talent, you can rise socially.  You can gain admission to a first rate college or university, regardless of background.  Witness Bill Clinton of working class origins, who gained acceptance to Yale Law School, making connections that helped put him in the White House.  President Obama is another example of rising above one’s economic limitations and social prejudices, attending Columbia University and Harvard Law School, on the way to his history making election.  Part of achieving success in the workplace is dressing in a manner that creates the greatest opportunity for advancement and the least resistance, which is partly why books like Take Ivy and The Official Preppy Handbook have had such a lasting impact on fashion.

On Ivy Style, Christian Chensvold has a great prep/class related post, “Poised or Oblivious?  The True Essence of Prep,”  He writes, “But since anyone today can don the clothing of the power elite, you never know just what the wearer of embroidered trousers may be really thinking. After all, he could be a radical environmentalist with an ironic sense of humor on a noble crusade to save the whales.”

For a very funny critique of the aspirational preppy movement, check out Rob Lanham’s piece, “True Prep:  It Is Not the Time for the Preppy New Testament.”  He pays homage to Lisa Birnbach’s influential satire The Official Preppy Handbook, while remaining sharply critical of her sequel True Prep, which was published in the middle of an economic recession.

With designers like Tommy Hilfiger updating the preppy look for a younger mass market, as in Feast Interruptus with its Vampire Weekend soundtrack, it is no longer the exclusive domain that it once was.  You need not have attended an elite prep school to qualify as a preppy.  Assimilating the right look and attitudes –  conservative clothes, good manners, good sportsmanship, fun loving and carefree disposition and  appreciation of traditions – might be enough.  Lisa Birnbach makes this point in True Prep, her update of The Official Preppy Handbook published last year.  In fact, preppy has become mainstream in America and is now an international trend.  “Whereas once upon a time it seemed unlikely that Europeans would be attracted to our aesthetic,” writes Birnbach, “now they’ve adapted it and made it their own.”  A German college student/model in the video below looks right at home in his Nantucket reds, button down, bow tie, blue blazer and Clark’s Desert Boots.

In a new book from Rizzoli, Preppy:  Cultivating Ivy Style, Jeffrey Banks and Doria De La Chapelle, take off on the mainstream aspect of this way of dressing:  “Intrinsically American preppy has progressed, reflecting, in its way, the social and educational progress our country has achieved.  What started out as an exclusive, white-Protestant, male, clubby way of dressing for the Elite Few has morphed into an inclusive, multi-racial, multi-ethnic, multi-religious, pan-gender, meritocratic way of dressing for the Elite New.  Aspirational preppy is the American dream, and it speaks eloquently for us all over the globe.”  Nobody does aspirational preppy better than Ralph Lauren.

Keep in mind that preppy clothes can be very expensive at retail.  The purpose of my blog is to show you how to find the clothes you’re looking for in excellent condition at bargain prices.  Why pay retail when you don’t have to do so?