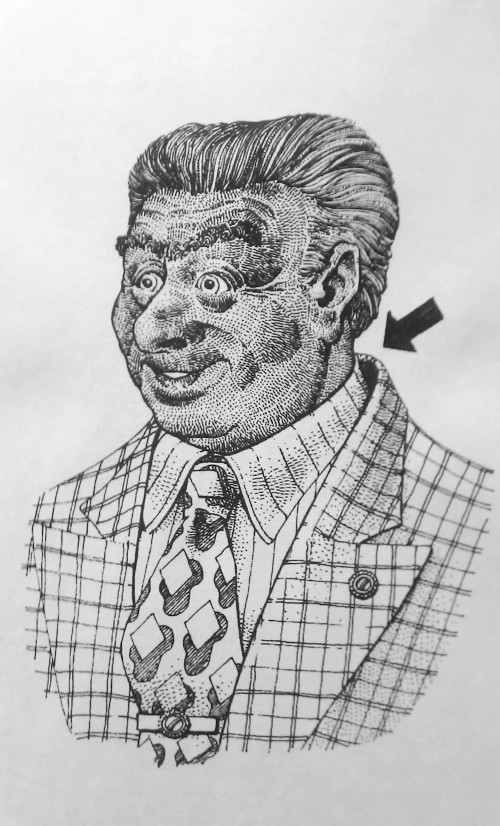 In his unmercifully accurate 1983 book Class:  A Guide Through The American Status System, Paul Fussell wrote about a fashion faux pas he regarded as a lower class signifier – the “prole jacket-gape.”

Here, the collar of the jacket separates itself from the collar of the shirt and backs off and up an inch or so:  the effect is that of a man coming apart.  That this caste mark is without specifically reactionary political meaning is confirmed by a photograph of Richard Hoggart, the British radical critic and Labor Party enthusiast, used to promote a recent book of his:  his jacket is gaping a full inch at the rear, ample indication that jacket gape afflicts the far left as well as the far right.  What it betrays, indeed, is less the zealot than the stooge.  Like the poor chap interviewed on TV recently by William F. Buckley.  He was from Texas and wanted to censor school textbooks to repress, among other evils, pro-miss-kitty.  (As gently as possible, Buckley corrected this mispronunciation of promiscuity so that the audience would know what the poor ass was talking about.)  But even if the Texan had not, with complete confidence in his unaided powers, delivered repeatedly this prole mispronunciation, his perceptiveness and sensibility could have been inferred from the way his jacket collar gaped open a full two inches.  Buckley’s collar, of course, clung tightly to his neck and shoulders, turn and bow and bob as he might.  And here I will reject all accusations that I am favoring the rich over the poor.  The distinction I’m pointing too is not one between the tailored clothes of the fortunate and the store clothes of the others, for if you try you can get a perfectly fitting suit collar off the rack, or at least have it altered to fit snugly.  The difference is in recognizing it as a class signal and not recognizing it as such.  You’ve got to know that, as Douglas Sutherland says in An English Gentleman, almost the most important criterion in a suit worth wearing at all is “that it should fit well around the shoulders.” 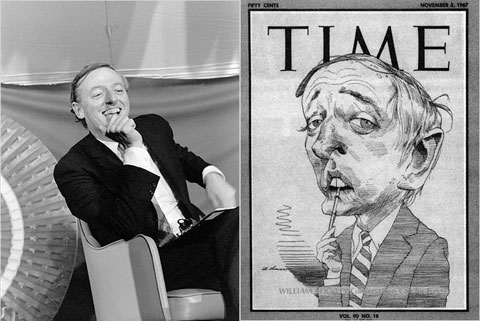 I have mentioned in my thrifting posts that it is possible to find many well-made jackets and suits from traditional clothiers, which makes the task of getting a correct fit much easier.  J. Press and Brooks Brothers, for example, make jackets and suits designed to fit  the natural slope of one’s shoulders and come without excessive padding.  You must know your correct size, a point I will cover in more detail in another post.  It is very important to have a reliable tailor, who can adjust the fit and lower the collar, if necessary.  If you follow these principles, you will never suffer prole jacket gape. 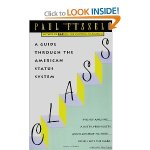 Class:  A Guide Through The American Status System, by Paul Fussell.  This witty and spot on analysis of class distinctions among Americans was originally published by Touchstone in 1983.  Alison Lurie of The New York Times Book Review wrote, “A shrewd and entertaining commentary on American mores today.  Fascinatingly accurate.”

3 thoughts on “Class: A Guide Through the American Status System”